Naira Marley is Trouble, You Won’t Believe What He Did This Time 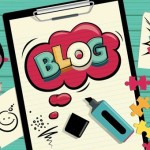 Amidst the rising coronavirus cases in the country, Nigerian musician, Azeez Fashola popularly known as Naira Marley, has come under attack for performing in Abuja despite COVID-19 gathering restrictions.

The event which was meant to be a “drive-in concert”, was held at Jabi Lake Mall Car Park. This was organized by Play Network Africa, Traffic Bar, El’Carnival and proudly sponsored by Glenfiddich with tickets sold between the prices of N20,000 and N250,000.

According to reports, fans at the concert defed the social distancing order as stipulated by the Nigeria Centre for Disease Control (NCDC), fans trooped out of their vehicles to the stage ground to witness Naira Marley’s performance.

Similarly in a trending video, Naira Marley and former Big Brother Naija housemate, Kim Oprah were both seen alighting from a private plane despite restrictions placed on air travels by the Presidential task force (PTF) on COVID-19.

Many Nigerians have taken to social media to criticise the actions of Naira Marley.

They described the concert as a setback to Nigeria’s fight against the ravaging COVID-19 pandemic.

Meanwhile, the Police Force and FCT authorities have been urged to take necessary actions against those who were at the concert and the organisers.

Recall that Naira Marley few months back was indicted in Lagos for the same offence when he showed up at a birthday party hosted by Nollywood actress, Funke Akindele-Bello, popularly known as Jenifa, in honour of her husband, Abdulrasheed Bello, also known as JJC Skillz.